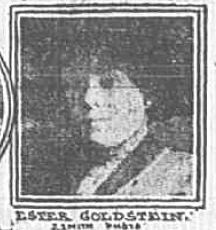 Esther Goldstein was 20 years old at the time of the fire. Born in Russia , she had lived in the U.S. for 5 years and was a union member. She was buried in Baron Hirsch Cemetery on March 26, 1911.

She was the daughter of David Goldstein and Annie Novogretski. 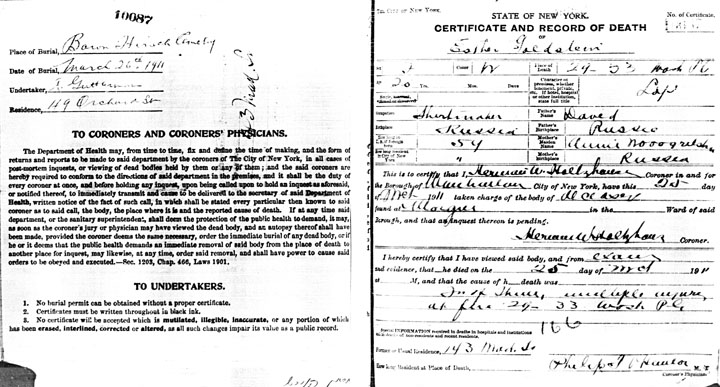