Jennie Franco was 16 years old at the time of the fire. Born in United States, she had lived in the U.S. for life. She was buried in Calvary Cemetery on March 27, 1911.

She was the daughter of Carmelo Franco and Amelia Crito. 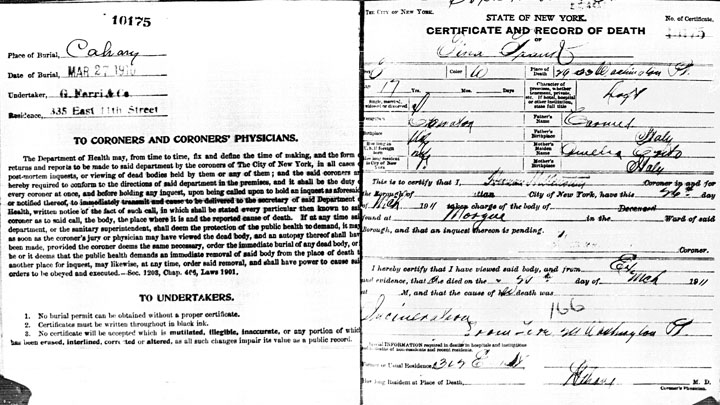