Concetta Prestifilippo was 22 years old at the time of the fire. Born in Italy, she had lived in the U.S. for 2 years. She was buried in Evergreens Cemetery on April 05, 1911.

Listed in various places as Mary or Rosa Cammarata, lived with victim Josephine Cammarata, who may have been her cousin 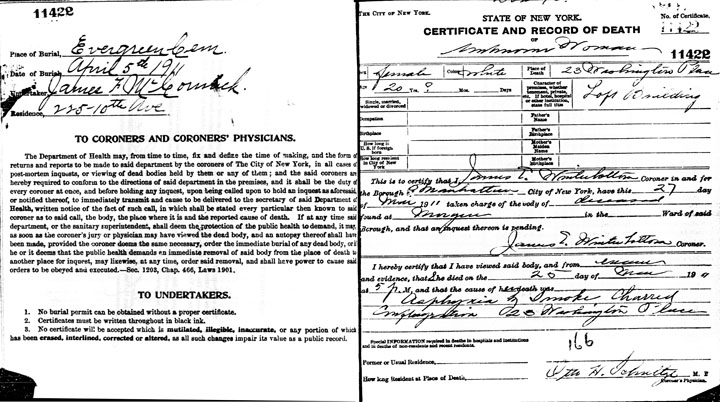