Maria Giuseppa Lauletta was 33 years old at the time of the fire. Born in Italy, she had lived in the U.S. for 12 years. She was buried in Evergreens Cemetery on April 05, 1911.

She was surivived by five children, but her younger sister Isabella Tortorelli died in the fire 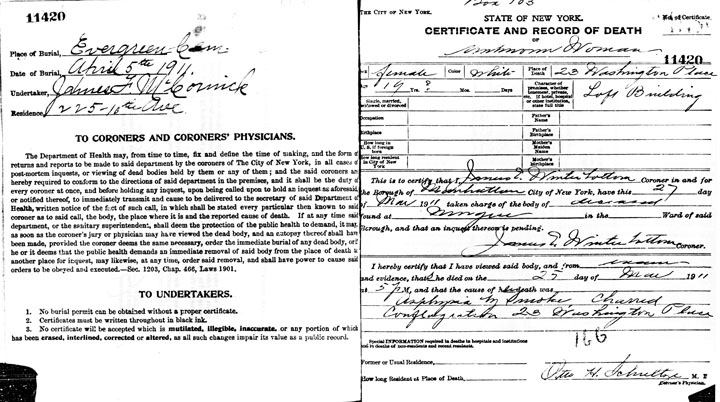