Bertha Wendroff was 18 years old at the time of the fire. Born in Russia, she had lived in the U.S. for 1 year 2 weeks. She was buried in Mt Richmond Cemetery on March 26, 1911.

According to Mt. Richmond Cemetary records, the name of Bertha Wendroff's father was Noah (and not Samuel as reported on her death dertificate).

She was the daughter of Samuel Wendorff and Annie Wendorff. 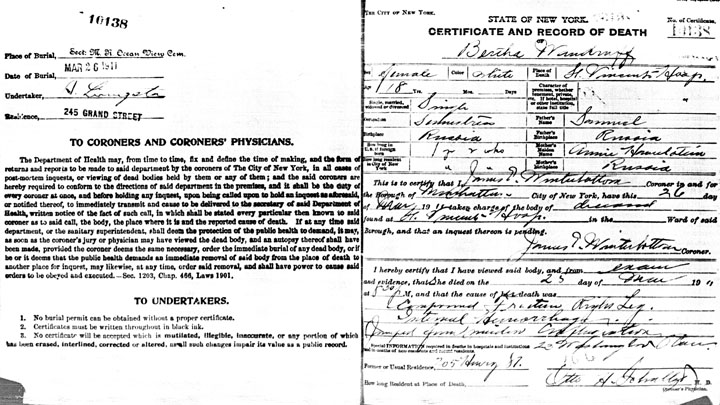